We Don’t Just Hear Sound, We Feel It !

When we think of sound, we think of hearing something: a person talking, the wind blowing, an orchestra playing a symphony.

To most people, sound is just something you hear. But there are actually four other ways that the body receives sound. They all enter the body through a different mechanism and act to reinforce the sounds that come in through the ears.

At Inner Tranquillity & Peace we use these tactile sounds to vibrate the cells of the body to help you to regain balance and health at an internal level.

The BodhiBed we use for our massage therapies are specially built with internal speakers that play musical frequency levels that you can feel vibrating throughout your body and are tuned to the body’s vibratory level, retuning it to it’s natural harmonic state.

THE FIVE PATHWAYS TO RECEIVING SOUND 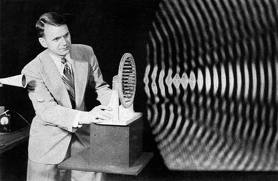 The stock-standard way for humans to perceive acoustic energy is through the ears. The ear is a complex mechanism.

When sound is produced, it creates the displacement of air particles, which leads to vibrations. These vibrations enter the ear canal and push against the eardrum, which transmits energy to the cochlea through the inner ear bones.

The cochlea is a fluid-filled sense organ in which small hairs – or cilia – convert mechanical vibration. This vibration is then transmitted into sound in our brain to tell us what we are hearing.

The movements of the ground also stimulate the nerve endings and cells in the deeper layers of skin immediately under the outer layer. This sense should be familiar to you; it is your sense of touch.

Ordinarily, the sense of touch does not come into effect with acoustic events except in situations where excessively loud sounds are produced. It also comes into effect for musicians who hold their instruments close to their bodies when playing.

The ground is constantly vibrating beneath us. This vibration stimulates the nerve endings in deep tissues and muscle mass creating a sensation known as a kinesthetic sensation. These sensations are felt when powerful objects excite the ground near us.

The ground vibrating beneath us also subtly stimulates nerve endings in skeletal joints and deep tissues. This sense is called known as a haptic sensation. It comes from the Greek word haptein, which means, ‘to touch’.

The cochlea, the sense organ that takes the mechanical movements of acoustic energy and translates them into nerve impulses, is firmly encased in the skull bone. This bony protection allows a secondary pathway for sound waves to reach it; directly through the bone mass itself.

The phenomenon of bone conduction is well known. When the eardrum or inner ear bones are damaged beyond repair, the use of a hearing aid is employed. Hearing aids are attached to the back of the ear, or sometimes implanted inside the skull to directly stimulate the cochlea via local bone conduction.

THE HUMAN BODY AS A CONDUIT

The human body has cleverly been designed as the perfect transmitter of sound waves.

Sound waves travel easily through the body in several ways:

You are now experiencing the Power of Sound and Vibrational Waves.

~  Bookings and Enquiries ~ Feeling to come? ⭐️ Self Love is listening to your intuition & your heart ❤️

Are you interested to know more about auras?  Do you want to understand what the colours mean? Click here to discover more.

11 April 2013 I have been interested in experiencing different levels of consciousness for some time. I have both formerly...
aura photography : aura clearing and healing
2013-04-11T22:18:32+10:00
11 April 2013 I have been interested in experiencing different levels of consciousness for some time. I have both formerly studied and practiced different relaxation, psychology and energy methods that would induce altered states of mind achieving experiences of well-being, joy, peace and love. In working with Julia and using the BodhiBed programs I experienced programs that facilitated inspirational, as well as total relaxation states. I found that with each specific program the vibrational energy, the music and the recommended crystal and aroma supplements enhanced my intended states. Certain programs facilitated clear intentions and visualizations that empowered me in setting goals, paths and experiencing the accomplishments. Other programs quickly brought me into deeply enhanced states of relaxation, mindfulness and meditation. I found the vibrational energy fields created through the programs were tranquil and peaceful on physical, emotional and mental levels, and enhanced pathways to higher spiritual connections. Julia also supplemented the BodhiBed program with visual representations of my aura. The pre-session aura photography was interesting as a stand-alone tool, as it offered me a clear visual guide to the energy fields that surrounds me. It was amazing to see my personality and health energy so clearly depicted, and how different it was to aura photos I had seen of other people. It gave me a clear understanding about my personal strengths and characteristics. It also clearly depicted the state and openness of my chakras, which confirmed my own senses in this area. Following the BodhiBed program, Julia again photographed my aura. It was very interesting to see the changes in my aura, which had moved from a two colour yellow-orange representation to a uniform golden-orange energy field. The aura photo confirmed the changes in my enhanced physical and mental states that I felt. I found the aura photography to be...
http://www.innertranquillity.com.au/testimonials/luna-h-bayview

Great Tool For Self Awareness!